House race could change with recount 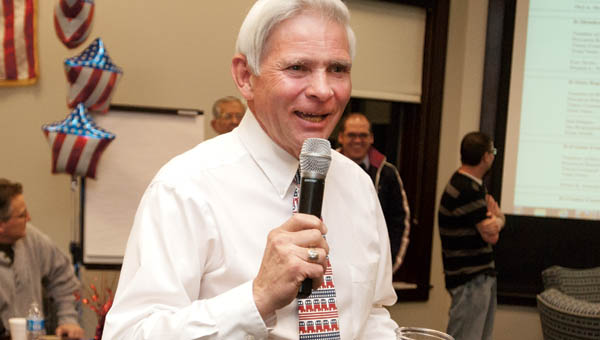 At 11 p.m. Tuesday, eyes were on the still uncounted 10 precincts and absentee ballots from Jackson County that would determine who would get the Republican nomination for the 93rd District Statehouse seat that serves Lawrence, Vinton, Jackson and Gallia counties.

The seat, historically a Republican stronghold, opened up in January when Rep. John Carey resigned from the House to take an administrative job at Shawnee State University.

Since then the GOP race had been a three-way contest between Dr. Bill Dingus, executive director of the Lawrence County Economic Development Corp., Jackson County Commissioner Jim Riepenhoff and Gallia County financial adviser and Gallipolis school board member Ryan Smith.

Smith at 38 was almost three decades younger than his opponents, men both in their 60s.

“We’re just waiting with the team,” said Dingus as he gathered with family and supporters at Ohio University Proctorville campus just after the polls closed.

However by 11:30 p.m. the unofficial vote was in with Smith pulling 6,805 to Dingus’ tally of 6,757 or a loss of 48 votes for the Lawrence County economic development chief.

Riepenhoff came in third in the district race with 3,001 votes and second in his county’s race with 1,770. Smith was the winner in three of the four county races losing only to Dingus in Lawrence County.

All three men campaigned on the issue of bringing jobs to southern Ohio.

Since the difference in vote tallies between Smith and Dingus is one-half percent of the total votes cast in that race, it is likely there will be an automatic recount, according to Matt McClellan, spokesman for the Ohio Secretary of State. That recount would not take place until after the election results are officially certified, which must be completed by March 21.

If Smith remains the winner, he will face Democrat Luke Scott, a 21-year-old college student and member of Wellston City Council.

None of the Republican candidates could be reached after the final results were in.

Johnson to take on Wilson for 6th Congressional seat

Come fall it will be a rematch for Ohio’s 6th U.S. House of Representatives seat as incumbent Republican Bill Johnson... read more