Smith gets award for community service 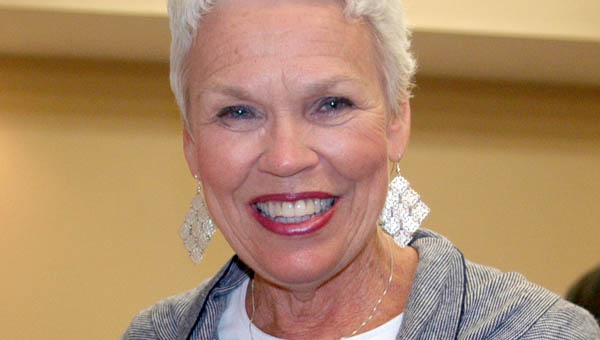 Billie Smith, of Proctorville, is the 2012 recipient of the Kudos for Caring Award, given each year by the Lawrence-Scioto Solid Waste Management District to a volunteer who is actively involved in litter prevention, litter pickup or in community beautification.

SOUTH POINT — Operation TLC co-founder Billie Smith joked she thought she was going to the Greater Lawrence County Chamber of Commerce office Thursday to get put on another committee. Imagine her shock then, when Lawrence-Scioto Solid Waste Management District Director Dan Palmer called her to the front of the room and handed her a plaque:

Smith is this year’s recipient of the district’s Kudos for Caring Award, an honor bestowed yearly on volunteers who are actively involved in litter prevention or cleanup, community beautification or recycling.

“She is out to make our community cleaner and greener and she does a fantastic job,” Palmer said.

Smith, a Proctorville resident, said she was speechless.

She recalled that when Operation TLC started in 2005, she and co-founders Tonya Wilson and Kathy Gue started out by posting 10 signs that encouraged people to show their civic pride by picking up litter. From those few signs, the ladies enlisted the help of others who were likeminded. Operation TLC now has three cleanups a year and enlists the help of 50-80 volunteers at each event.