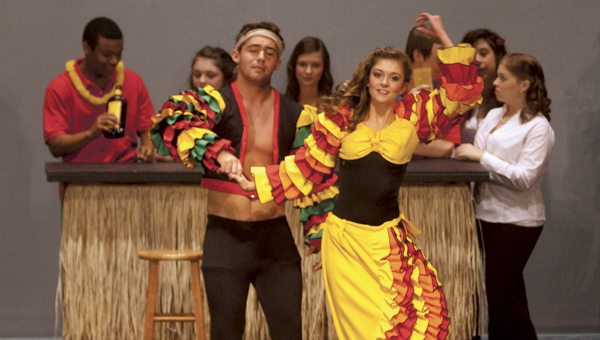 It’s an Ironton tradition that began in 1974 and continues this weekend: the Ironton High School Music Department will present a spring theatrical production today, Saturday and Sunday. This year the production is the musical “Guys And Dolls.”

Music Director Kathy Price said the production has been three months in the making.

“We had auditions before Christmas break and then we started rehearsing Jan. 3,” Price said.

The production involves 84 students either on stage or behind the scenes.

Price said, in addition to the fun of being in a play, the students are learning skills that will serve them now and later in life.

“It’s a good opportunity to see how teamwork really works and how every part depends on the others,” Price said. “They’ve learned how to show up, be responsible, keep track of all the props and costumes and how to get along with people.”

Picking up a possible deficit in the sheriff’s road deputy salary fund could come from the more than... read more