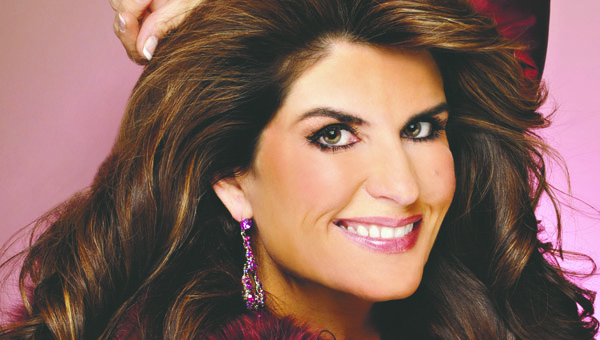 COAL GROVE — Coal Grove resident DeAnna Holliday says she is a prime example that anything can be achieved at any stage in a person’s life.

“Sometimes it just takes stepping outside your box and reaching for a dream or accepting a challenge we don’t think we can do,” said Holliday. “You never know what the outcome will be.”

Not having participated in pageants in more than 20 years, recently taking the title and crown of Mrs. Ohio America was an unexpected outcome for the 42-year-old Holliday. Likewise, so was earning distinctions for best in swimsuit, best in interview and Mrs. Photogenic, which came with a one-year modeling contract.

Although Holliday said she was honored by the Mrs. Ohio title, she also said her titles of wife and mother are first and foremost in her life. Also important to her are being the Dawson-Bryant Local Schools board president, a business owner, an executive committee member of the Democratic Party, and a confidant for friends and family.

“I think my husband was the most excited, and my boys,” Holliday said. “For me, it’s more important to me what they think about me than anyone else. The fact that I saw how proud they were was really touching.”

Holliday also gave much of the credit to her husband of 14 years, Shawn.

“If it wasn’t for him I wouldn’t be a missus and I could have never competed.”

There were a lot of nerves and butterflies during the moments before her crowning, Holliday said.

“I was hoping for the best,” she said. “But I really felt at peace about the competition. I felt like I was the best me that I could be. Regardless of the outcome, whether the crown had been given to me or not, I felt like I had been really true to myself. If they had not chosen me I would have been fine with that because it was great experience and the preparation up to the pageant took me to a personal best in my adult life.”

This year’s competition was April 1 at the U.S. Bank Conference Theater at the Ohio Union on the Ohio State University Campus. Holliday qualified for the pageant after taking the Mrs. Lawrence County title.

“I kept it quiet because I just wasn’t sure what to expect or how well I would do,” Holliday said.

Not a stranger to pageants, Holliday said she participated as a teen, winning local titles like Miss Springtime, Miss Tri-State Fair and Regatta and Kentucky’s Perfect Teen. She also went on to compete in America’s Perfect Teen and finished in the top 10 and received the Miss Leadership award.

An encouraging email from a former Mrs. Ohio rekindled her spirit to compete again, Holliday said, and prompted her to enter the pageant for fun.

When she was a teen, Holliday said she used her winning titles to show people that beauty competitions are not all about beauty, but about the opportunity to help and support the community. Through a club she formed, Beauty Pageants for the Needy, she and others held canned food drives and bake sales to raise money for charity and also visited nursing home residents.

All those years later, Holliday said her platform is still the same: Community service and inspiring a younger generation to volunteer and be active.

“Hopefully, I’ll be in classrooms throughout the state delivering that message to students and inspiring that type of behavior in them,” Holliday said.

Holliday will go on to represent Ohio in the Mrs. America Pageant this summer and potentially compete in the international Mrs. World Pageant.

Charles Allen and Tammy Friend of Coal Grove announce the engagement and forthcoming marriage of their daughter, Ashley Friend, to... read more