Coal Grove Wendy’s gets a makeover 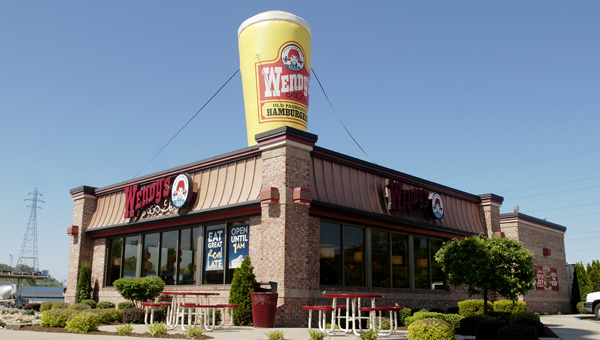 Wendy’s of Coal Grove has just competed their inside renovations and features new seating, lighting and Wi-Fi.

COAL GROVE — If you’ve stopped in for a bite at the Wendy’s in Coal Grove lately, you may have noticed some changes.

Those changes are being celebrated this week with an open house that began Tuesday and will run through Thursday.

Franchisee Scott Schmidt said renovations to the 10-year-old restaurant began about six weeks ago and was a major overhauling of the interior. Schmidt owns 14 Wendy’s in Ohio and West Virginia, including the Wendy’s in Ironton, which was remodeled in July 2010.

“Everything was pretty much gutted,” Schmidt said. “This is the first major dining room improvement made to this store.”

Round café-style tables now surround the interior perimeter of the restaurant. New tables, booths and chairs sit in the center of the dining room under new light fixtures.

Against one wall there is the addition of a Wi-Fi bar with multiple electrical outlets to plug in electronics. The restaurant also now offers free Wi-Fi access.

Flat screen TVs are another addition.

For convenience and by customer request, Schmidt said, a self-serve beverage station was added.

“We used a lot of woods to make it still feel comfortable,” Staker said.

Staker also said customer feedback since the remodeling has been positive.

“We’ve had many, many compliments and even thank-yous,” she said.

Wendy will be on site for the children, handing out prizes, gifts, cake and balloons.

There will also be drawings for gift cards.

Airport lighting project to go out to bid again

CHESAPEAKE — Getting lighting upgrades at the Lawrence County Airport is among the first priorities of the newly formed county... read more