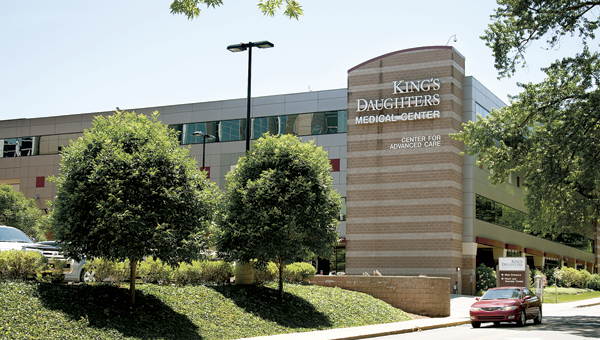 King’s Daughters Medical Center officials have confirmed layoffs but have not given specific figures as of Thursday.

According to KDMC spokesperson Tom Dearing, employees from all areas of the hospital, from administration to service to clinical areas, have been let go.

Dearing declined to say exactly how many employees have been laid off, saying the information was private and between the hospital and its staff.

“Patient care will not be affected one bit,” Dearing said.

These cuts are the first widespread reduction of staff since the hospital cut approximately 80 positions in July 2010.

Dearing said the valet service at the hospital has been suspended and a free shuttle service has been implemented. He said people can park their cars in a dedicated lot at 24th Street and Carter Avenue and the shuttle would take them anywhere on the hospital’s campus.

A cardiac clinic in Maysville, Ky., was also closed to consolidate resources, he said.

A press release issued by KDMC said the layoffs come in the wake of “declining patient volumes, shrinking payments from both Medicare (the federal government) and Medicaid (state governments), as well as other economic factors.”

The release goes into further detail about how KDMC feels it has been affected by the federal government’s approach to healthcare reform:

“In Kentucky, coverage for our Medicaid patient population has undergone significant changes in the last six months. Kentucky outsourced the management of the Medicaid program to private companies, complicating access to care and reducing payments to providers. We expect these challenges created by federal and state healthcare reform to continue well into the future.”

The release also said affected employees left with “access to available benefits, including job placement services and assistance with the unemployment claim process.”

Calls to SEIU District 1199 union representatives have not yet been returned.

The Ohio Architects Board is questioning whether the Ashland, Ky., firm that is involved with the renovation of... read more