Village gearing up for fun days 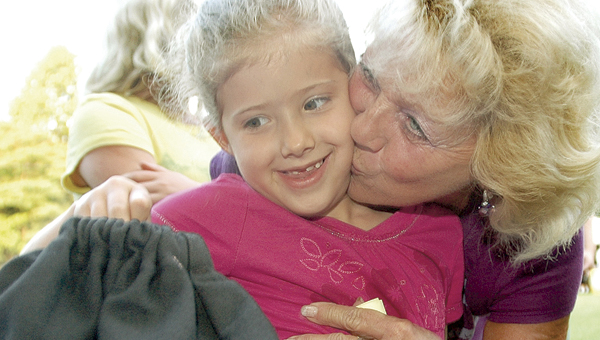 COAL GROVE — What started as a one-day family-centered event 34 years ago has continued to grow into the three-day festival of entertainment and activities known as Coal Grove Family Fun Days.

It started as a way to bring the family together for a day of good old-fashioned fun.

“We didn’t have vendors back then,” Markel recalled. “But we did have a greasy pig race.”

And of course, the event culminated with a fireworks display.

“I have been very involved in it ever since and I hope the good Lord keeps it that way,” she said.

This year’s event is July 1-3 at Paul Porter Park.

Betterment club president Vicki McDaniel said organizers have been getting the park ready for the event, including putting shingles on the park’s two shelters and adding a tin roof to the stage.

McDaniel also said community members and businesses have money and items for baskets to make sure the event a success.

“I just appreciate everything that has been donated to help the village,” McDaniel said.

So far, about 140 baskets have been prepared for the Chinese auction and McDaniel said she expects more.

Money had also been donated for the cost of the fireworks display.

“It thrills my soul,” McDaniel said of the community’s generosity, noting the village almost opted not to have the display because of the expense.

She said about $2,700 still needs to be raised for the fireworks.

Another highlight of the three-day event is the cake and pie auction, which will be 6 p.m. July 3.

Auctioneer Bob Sells will auction off baked goodies donated by community members as well as business.

Betterment club secretary Carol Gool said the auction brought in $1,620 last year and has brought in as much as $2,500 in past years.

There will also be musical acts such as P.O.D.  (Pastors of Disaster), Southern Thunder, The Whipps, The Fugitives and Craig Haney.

The festivities kick off July 1 at 4 p.m. with Chris Labor singing the National Anthem, opening remarks by Mayor Larry McDaniel.

CHESAPEAKE — Recently appointed Chesapeake school board member Carl Lilly is the new president of the district’s board of... read more