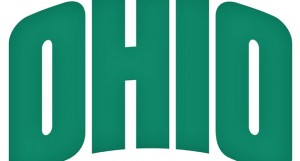 DETROIT (AP) — The Mid-American Conference has crowned a different champion in each of the last four seasons. Sure enough, there is another favorite going into next season.

Defending East Division champion Ohio, which lost in last season’s conference championship game, was the media’s preseason pick Tuesday to win the MAC. The Bobcats were picked ahead of Bowling Green and Miami in the East and Toledo was the pick in the West ahead of Northern Illinois and Western Michigan.

Ohio (10-4 last season) welcomes back 15 starters, including QB Tyler Tettleton, who threw for 3,286 yards and 28 touchdowns during his sophomore season. The son of former major league catcher Mickey Tettleton said he’s flattered by the predictions.

“It’s a compliment,” he said. “It means people look at you and expect you to compete for championships. That’s what the coaching staff has been all about since I’ve been here so we’re pretty excited about the chance to go out and play for one.”

The Bobcats have been to three straight bowl games and won their first under coach Frank Solich last year when they topped Utah State in the Famous Idaho Potato Bowl. The coach said the momentum from that victory can only help.

“When you’re coming back from a bowl loss, there’s a little something nagging at you,” he said. “After winning last year, you can just tell how pleased guys are we reached one of our goals and how much they want to get another one.”

One goal still eludes Solich and his staff: Ohio has played in three of the last six MAC title games and lost each time.

“It’s always good to go out with a championship,” he said. “And when you get back into offseason conditioning, it’s a lot easier to get players to do what you ask them when they saw what last year added up to.”

Central Michigan was the last team to repeat as champs after taking a second straight title in 2007. The conference sent five teams to bowl games last season and four came home winners.

Temple, a football-only member since 2007, left the MAC for the Big East during the offseason and will be replaced this fall by Massachusetts, which debuts in the Football Bowl Subdivision. The Minutemen, who will continue to play all other sports in the Atlantic 10, will play most of their home games at Gillette Stadium in Foxboro under new coach Charley Molnar.

Terry Bowden, who spent the past two seasons at Division II North Alabama, is the new head coach at Akron and former offensive coordinator Matt Campbell was promoted at Toledo after Tim Beckman left to take the top job at Illinois.

The conference also announced a contract extension that will keep its annual championship at Ford Field through 2015. The downtown stadium that is home to the Detroit Lions has hosted the title game since 2004. Commissioner Jon Steinbrecher said the conference expects to surpass last season’s TV exposure, when 71 percent of its games were broadcast nationally or regionally.