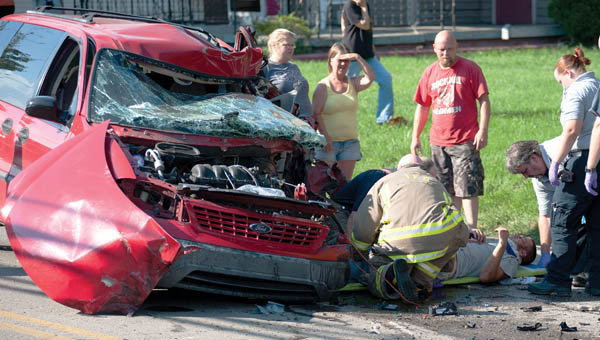 Garland Sharp, 22, of 714 S. 10th St., was taken to the hospital after the 2001 Ford Aerostar van he was driving hit a 2001 Peterbilt semi truck, according to Ironton Police Chief Jim Carey.

Sharp’s car was northbound on South Third as the Peterbilt driven by Brian Carr, 41, of Rutland, was southbound.

“Sharp went left of center into the path of the truck,” Carey said.

Sharp was cited for failure to control. His injuries were listed as “incapacitating,” the police chief said.

Ohio Secretary of State Jon Husted cited the checks and balances in the system that caught what he termed “suspicious... read more