Is it haunted or not? 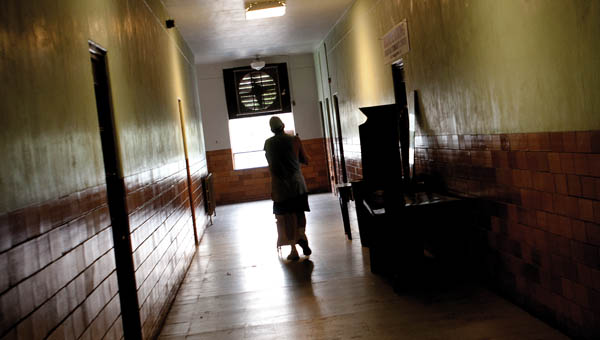 The Chesapeake Community Center will receive national coverage on the TV show “My Ghost Story.” Crews are currently filming the episode to air on Biography this fall.

Chesy center to get spot on TV show

CHESAPEAKE — A local ghost story will get national coverage when a cable network presents a show on the Chesapeake Community Center.

“My Ghost Story” is currently filming a segment on the alleged paranormal activity at the center to be shown on the Biography cable show this fall.

“We sent evidence that we captured to (the producers),” said David Maynard of Quest Paranormal Investigations, Inc. “I didn’t expect to hear anything. But a few weeks later I heard from them.”

For years the center, once a school in the Chesapeake district, has been the focus of paranormal sightings. So much so that Quest Paranormal conducts monthly ghost hunts on the first Saturday of each month and the last weekend in October.

During the monthly hunts Maynard has taken video evidence that shows shadowing images darting through the halls. He also has an audio of a small child humming.

Besides the public hunt individuals can schedule private hunts by contacting Maynard wat 550-9878. There is a minimum of eight for a private hunt. All money from the hunts goes to the center’s ongoing remodeling projects.

Local youth Dakota Thomas is seen in her Soap Box Derby car, The Green Frog, during the car show at... read more