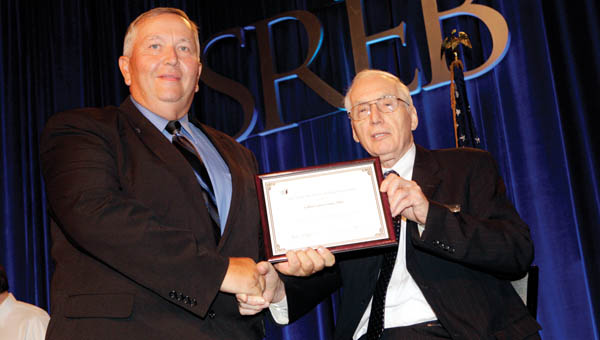 CHESAPEAKE — At a national conference in this summer, Collins Career Center garnered an achievement award for improving in high school reading, mathematics and science.

The vocational school was one of only two career centers in the state to earn the Gold Improvement Award distinction, given by High Schools That Work.

CCC was also one of only three high schools in the central and southeast region of HSTW to earn any award at the conference.

The Gold Improvement Award is given bi-annually to schools that meet certain criteria set by the HSTW program.

Howard said winning the gold award is no easy feat.

“You have to increase at least 10 points on the mean test scores in reading, math and science,” Howard said. “And we met that in all three subject areas. It’s really, really tough to do in all three.”

Howard said CCC joined HSTW about eight years ago. The initiative aims to use research-proven strategies to help states transform their public high schools into places where all students learn at high levels.

Howard said this is the second time CCC has reached the gold award benchmark.

“Students work really hard in the classroom,” Howard said. “It’s a much higher level of learning.”

HUNTINGTON, W.Va. — In the middle of winter, a mother clings to her newborn baby in their cold living room.... read more