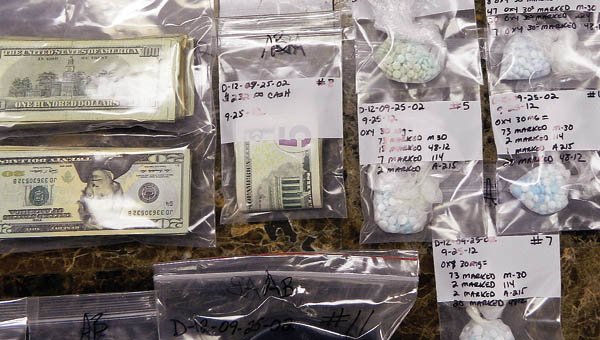 More than $1,900 in cash and more than $13,000 in oxycodone pills were confiscated Tuesday from an Ironton residence. 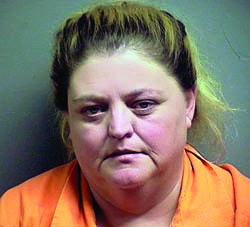 More than $1,900 in cash and in oxycodone pills valued at more than $13,000 were confiscated Tuesday from an Ironton residence. The occupant of that house, Rebecca Allen, 43, of 915 1/2 Park Ave., was arrested and taken to the Lawrence County Jail.

Allen will be arraigned today in Ironton Municipal Court on charges of aggravated possession of drugs and aggravated trafficking in drugs.

According to a prepared statement from the Lawrence County Drug and Major Crimes Task Force, the Allen residence was the subject of a two-month undercover investigation. The arrest was a joint effort between the task force, Ironton Police and the Lawrence County Sheriff’s Office.

Task force personnel believe the source of the pills — more than 500 confiscated in the raid — was Detroit, Michigan.

According to the task force Allen pleaded guilty in 2010 to trafficking in crack cocaine.

SOUTH POINT — The zoning board in the Village of South Point has rejected appeals from several residents concerned about... read more