Buckeye Classic brings out the bands 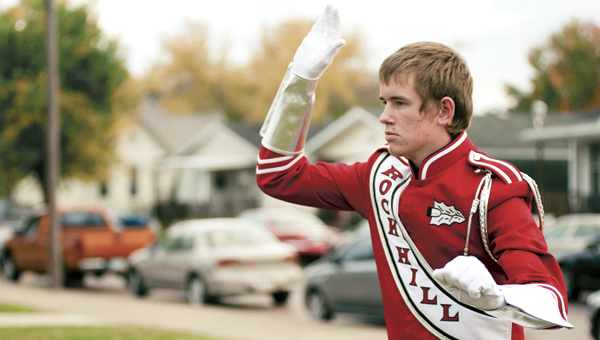 However just hours before the musicians were to take the Tanks Stadium field on Saturday, band director Mike Pierce was confident the prize was going to be theirs.

This year the band was playing the music of the Beatles.

“Each band has its own style and we feel that fits our style and genre,” Pierce said. “We are precise, energetic and in your face.”

This classic was the last for Portsmouth West trumpet player and senior Billie Curtis.

“It is really different here,” she said. “I really like it. It feels like the crowd is so big.”

Saturday was Kayla Gartner’s second time at the classic as member of Zane Trace’s flag corps.

“It is exhilarating,” she said. “I always get nervous before a show starts. One little thing and you can lose points.”

This was the 26th year for the Ironton High-sponsored band competitions that had 17 bands performing.

One of the smaller bands was the Alexander High School Spartans under the direction of Andrew Chapman.

This was the first time for the Spartans who were practicing their drills on the front lawn of Ironton High School just minutes before taking center stage. The band was first up for the competition performing the music of Styx.

“We have a smaller band and this music gives us a nice big sound,” Chapman said.

Although the night was a competition, Chapman saw the event in a different context.

“It is not all about winning,” he said. “It is an experience and it is about having a good time.”

Eventgoers take a quick tour of the old Burlington jail after paying their bail during the Bail or Jail event... read more