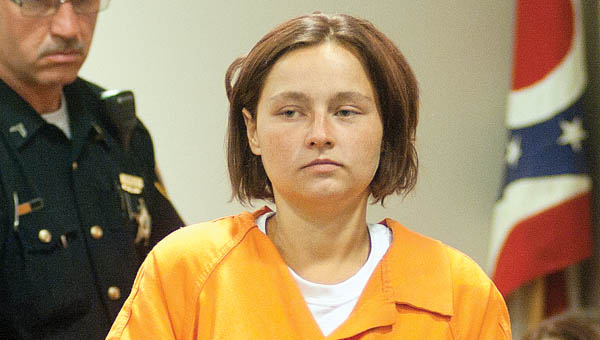 Ashley Seagraves is seen being escorted into Ironton Municipal Court in June.

A trial date has been set for a woman accused of killing an Elizabeth Township man.

Ashley Seagraves, 23, who is listed as homeless, is scheduled for trial beginning Feb. 19, for the murder of 53-year-old Delmar Jenkins. If convicted, Seagraves faces 38 years to life in prison if all sentences run concurrently.

The woman was charged with Jenkins’ murder in June. She allegedly shot and killed the man in his home while he slept.

Seagraves was later charged with two counts of felonious assault after she allegedly attacked a jail matron while incarcerated on the murder charges.

Seagraves allegedly used an item she fashioned into a sharp weapon and attacked the jail matron. Seagraves also allegedly tried to choke that matron.

Mental evaluations that stated Seagraves was competent at the time of the murder and that she is competent to stand trial were submitted into evidence in August.

Seagraves remains in jail on a $1 million cash bond.

A used cruiser from the Scioto County Sheriff’s Office will be used by the Lawrence-Scioto Solid Waste Management District while... read more