Finding focus in the abstract 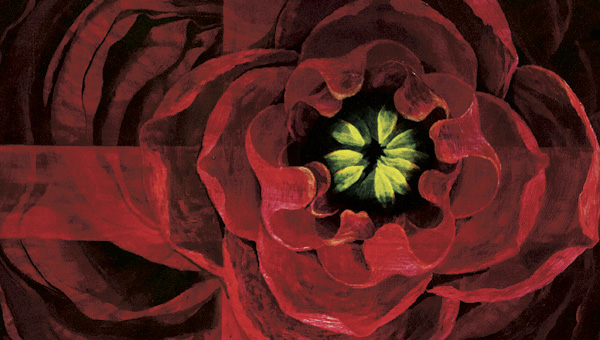 PROCTORVILLE — Tony Hamilton was on his way to becoming a civil engineer when his passion for art derailed those career plans.

Now what he likes to “engineer” are large canvases that revolve around abstractions of dominating color like the work of New York artist Helen Frankenthaler. A sample of Hamilton’s paintings is currently on display at Ohio University Southern-Proctorville Center.

“I find her work very sensual and dynamic at the same time,” Hamilton of Coal Grove, said. “She was out of the ordinary.”

Hamilton’s training and education is eclectic with a stint at the Royal Academy of Arts and under the tutelage of Dr. Cole Welter, currently a professor at James Madison University in Virginia.

Welter was the one who expanded Hamilton’s knowledge of artists who were following the same path as he was, painting on huge raw canvases.

“He will give you a list of a dozen artists and like there will be four or five you connect with,” Hamilton said. “ It helped out immensely.”

Although he says he is not completely non-objective, abstract works are what he is drawn to.

“I don’t care for the normal landscapes or still life,” he said. “I can do them. I don’t like doing them. Why do you we like French fries? I have this affinity for French bread. I don’t know why.”

Since this show is at a university, Hamilton is looking forward to feedback from the art students there.

“It is always good to get critiques from people who are studying art,” he said. “I can get an objective critique from an intellectual basis.”