Pointers rally in 7th to win 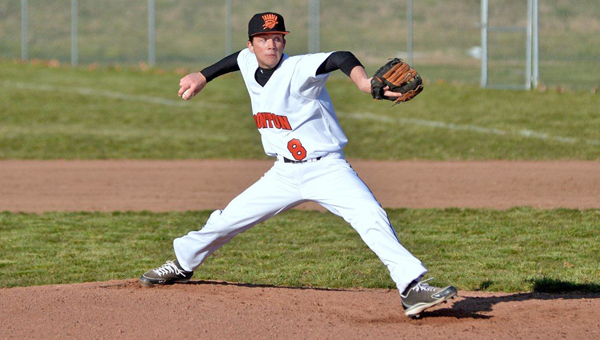 Now, that’s what baseball is all about.

In a game that featured a little of everything, the South Point Pointers rallied in the seventh inning to slip past the Ironton Fighting Tigers 4-2 on Tuesday.

“This was a great team effort. Our hitting is starting to come around little by little. Beefy (Brandon Boggs) pitched with good confidence and he had rock solid defense behind him. It was a nice win tonight against a very capable Ironton team,” said South Point coach Marty Patrick.

Ironton coach Larry Goodwin — making his coaching debut — was disappointed in the loss but praised both teams.

“We let this one get away,” said Goodwin. “But it was a great game. South Point has a lot of kids back. They have a nice team.”

Brandon Boggs went the distance to get the win. He struck out six, walked three and gave up four hits.

Steven Easterling pitched well in defeat. He struck out 10 and walked two.

“We have some work to do, but we’re going to be alright. We didn’t hit that well, but hitters are usually behind early in the season,” said Goodwin.

South Point (1-1) got a run in the top of the second inning on a double by Chris Woodard and a single by Trey Kearns.

Ironton tied the game in the fourth when Easterling walked, stole second and third, and came home on a hit by Derek Battise.

The Fighting Tigers took a 2-1 lead in the fifth inning on a solo home run to right field by Tanner Price, his first career home run.

Boggs reached on an error to start the winning rally in the top of the seventh.

Larry Brandon walked and Boggs went to third on a passed ball. Woodard singled for the tying run and the throw home was off target allowing Brandon to score. Kearns then singled home an insurance run.

Ludwick to have surgery

CINCINNATI (AP) — Reds outfielder Ryan Ludwick tore cartilage in his right shoulder while sliding into third base during the... read more