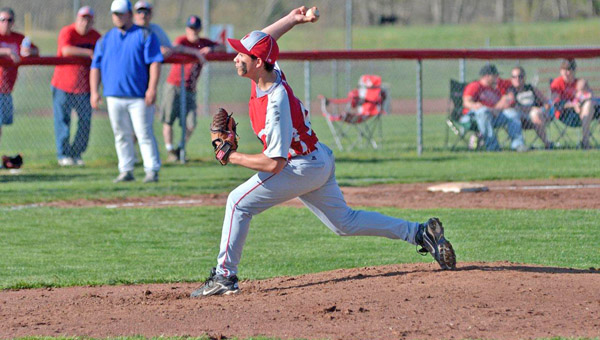 AID — Like a snowball going down a hill, once the Symmes Valley Vikings got going they didn’t’ stop.

Held scoreless for two innings, the Vikings got their offense going and blanked the Sciotoville East Tartans 10-0 in five innings Wednesday in a Southern Ohio Conference game.

“We started slow, but we finally picked it up and got it going,” said Vikings’ coach Chad Renfroe.

Trent Thompson got the win. He struck out five, walked five and gave up just one hit.

The Vikings broke the game open with six runs in the third inning.

Alec Herrell and Pelletier doubled for a run and Mays singled in a run. Mays stole second and scored on Easthom’s hit. Jacob Klaiber reached on an error and after a walk Mitch Corn and a two-run single.

The Vikings got two runs in the fourth when Pelletier walked, Mays singled and Easthom doubled them home.

Jarrell, Pelletier and Herrell all walked in the fifth and Mays had a two-run, walk-off single to end the game.

CINCINNATI (AP) — Quite a turnaround for the Reds, who went from dropping five in a row to winning two... read more