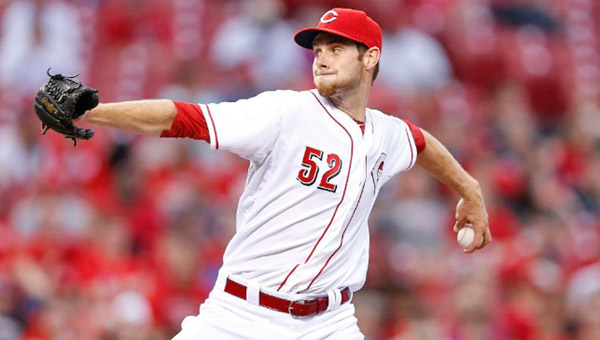 CINCINNATI (AP) — Tony Cingrani might have been a little too relaxed for his first big league start. With the way the Reds have been hitting, that’s understandable.

Shin-Soo Choo singled, doubled and scored twice, helping Cingrani get a victory in his starting debut, and the Reds won their fourth in a row by beating the Miami Marlins 11-1 on Thursday night.

Cincinnati’s winning streak has featured stingy starting pitching. The 23-year-old Cingrani needed a lot of pitches, but kept up the trend.

“If anything, I might’ve been a little too relaxed,” he said. “It’s a different mindset. Around the fifth, I started feeling comfortable. Giving up one run in five innings is not too bad.”

The left-hander gave up five hits, including Justin Ruggiano’s homer, while striking out eight and throwing 102 pitches. Reds manager Dusty Baker gave him a congratulatory handshake and a big smile when he reached the dugout after fanning Greg Dobbs to end the fifth.

“Unbelievable,” Cingrani said. “I’m happy to get it out of the way.”

Cingrani got the better of a matchup of two up-and-coming starters. Right-hander Jose Fernandez (0-1) lasted only four innings, giving up five runs and seven hits while taking his first big league loss.

“It’s not going to be the last time,” Fernandez said. “I’ll just try to get better.”

Miami fell to 3-13, worst in the majors. The Marlins have been shut out or limited to one run in nine games.

Right fielder Giancarlo Stanton was back in the lineup after missing six games with a bruised left shoulder. He committed two errors, including one that let a run score.

It was the right time and place for Cincinnati to start a rookie. The Reds have the best home record in the majors at 8-2.

And, they’ve been on quite a splurge offensively. They’ve scored 22 runs with 27 hits in their last two games. It’s the first time they’ve had back-to-back games with at least 11 runs since they beat Houston 12-2 and 15-6 at Great American Ball Park in 2010.

Cingrani didn’t have to be sensational to come out a winner.

“He gave us what we needed, and we gave him what he needed,” Baker said.

The 20-year-old Fernandez had allowed only one run in his first two major league starts, giving up a total of five hits to the Mets and Phillies. He fanned Choo on a 97 mph fastball to open the Reds’ first, quite a start.

Didn’t do so well the second time through the order. Choo and Zack Cozart singled with two outs in the third. Fernandez threw a wild pitch that allowed Choo to score from third.

It fell apart for Fernandez in the fourth, when Cincinnati sent eight batters to the plate for four runs. The Reds put together a walk, three singles, Choo’s RBI double and a sacrifice fly by Devin Mesoraco for a 5-1 lead, ending Fernandez’s outing.

“He’s got great stuff,” manager Mike Redmond said. “The big leagues are tough. It’s tough to pitch. We’ve got scouts, we’ve got video. Believe me, it’s not like he’s a secret anymore. The word is out.”

Todd Frazier added a two-run homer off John Maine as the Reds pulled away.

The Marlins came in with a .209 batting average, 32 runs and three homers, all the lowest marks in the majors. The series opener on Thursday represented a chance to nudge those numbers up — facing a rookie pitcher in a homer-friendly ballpark with the wind blowing out to left field.

Ruggiano hit a solo shot to left in the fourth inning, making him the first Marlins player with more than one homer this season. He was the only Marlin to reach third base.

Cingrani made three relief appearances for the Reds last September and was first in line for a promotion if the Reds needed a starter. He took the place of Johnny Cueto, who went on the 15-day disabled list.

NOTES: Miami put SS Adeiny Hechavarria on the 15-day DL with a sore throwing arm and called up INF Nick Green from Triple-A New Orleans. … The Reds optioned reliever Justin Freeman to Triple-A Louisville to open a roster spot for Cingrani. … Redmond on what it would be like if Great American had a home run sculpture like the one at Marlins Park: “That thing would be going nonstop. They’d have to have a backup generator.”

Jim Walker jim.walker@irontontribune.com   CHILLICOTHE — Steven Easterling gave up what he took. Easterling pitched a four-hitter and went 4-for-4... read more