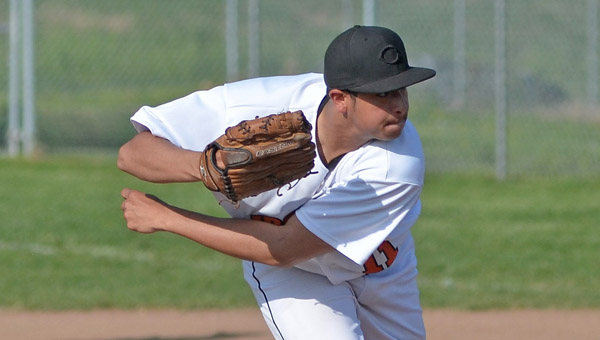 “This was a total team win. I’m very proud of the effort we gave tonight. We had two starters out including our scheduled starting pitcher and all of our players stepped up and played well,” said Ironton coach Larry Goodwin.

After a scoreless first inning, the Pointers got a run in the second. Chris Woodard singled, went to second on Larry Brandon’s sacrifice bunt, took third on a passed ball, and after Trey Kearns reached on a dropper third strike Luke Kelley had an RBI single.

Ironton answered with three runs in the third inning.

Korey Kellogg and Luke Diamond walked and Trevor Easterling was hit by a pitch to load the bases. Mo Phillips reached on an error as two runs scored.

Sean Lawless was hit by a pitch and Hunter Klaiber hit into a fielder’s choice to drive in a run.

The Pointers tied the game with two runs in the bottom of the inning.

Austin Majher singled, Alex Whitt was safe on an error and both moved up on a passed ball. Woodard reached on a fielder’s choice as a run scored and Brandon singled home the tying run.

Ironton took the lead for good with a run in the fourth when Kellogg walked, stole second and scored on Diamond’s base hit.

The Fighting Tigers scored six times in the sixth to take a 10-3 lead.

Trent Barnett and Tanner Price were safe on errors and Diamond singled to load the bases. Easterling cleared the bases with a double to left-center.

Battise and Phillips singled for a run, Lawless was safe on an error as a run scored and Klaiber singled home the final run.

The Pointers battled back with three runs in the bottom of the inning.

Jones singled, Jesse Lien walked and Majher was safe on an error for a run. Lien was thrown out at home on the play.

The Pointers have two key Ohio Valley Conference games ahead as they host Coal Grove on Wednesday and Rock Hill on Thursday.