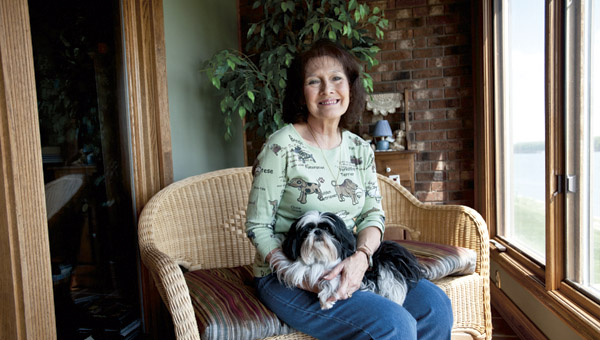 Betty, Craddock continues her career in the classroom as a substitute teacher.

She retired from full-time teaching in 2004, a job she loved since beginning in 1969 at Kingsbury Elementary School in Ironton. She said she always knew retirement wouldn’t be the end of her teaching career, and before the ink had even dried on the paperwork she was back in the game.

“I always thought I would substitute because I always loved teaching,” Craddock said. “It’s part of your identity, I think, teaching. There are people who say ‘I’m never going to sub after I retire,’ but I wasn’t one of them.”

Originally from Dayton, Craddock moved to Coal Grove with her parents when she was in the sixth grade. She received her bachelor’s degree in education from Ohio University in Athens, and her master’s degree in counseling from Marshall University in Huntington, W.Va.

Craddock moved to South Point in 1969 and began teaching in the district in 1971. She taught at South Point and Burlington Elementary schools and South Point Middle School before she decided changes in the school system were too much to keep going on as a full-time teacher.

“When they started putting so much pressure on the kids and teachers with all the testing it changed things,” Craddock said. “Not everyone is alike, everyone can be successful, but some will do so in different ways. In the end, I thought if I retired I can still sub and be with the kids without all the extra pressure.”

Craddock said no matter what, she still loves teaching. She said she still feels a need to be with children, even though the world has changed since she first wrote her name on the chalkboard.

She was never blessed with children of her own, Craddock said. This is something she credits for her love of teaching. She said it never happened for her, but working with so many children throughout her career has helped keep her young and she will never stopped loving her job.

“Mentally I think I’m about 40,” Craddock said. “My students will always be my kids. It’s funny because I’ve taught parents of kids I teach now. Just the other day I called one little boy his father’s name.”

Craddock said that is one of the things she enjoys the most, knowing students love and remember her. She said she loves being out at Bob Evans restaurant and having former students come up to her and scream “Ms. Craddock.”

She also enjoys connecting with former students on Facebook. Craddock said she loves when students contact her and she can see what they are up to in their adult lives.

When she walks into a classroom to sub, Craddock said it is a good day if she can just make a difference in one child’s life. Working with them makes a difference in her life, she said.

The feeling of making a difference is mutual, Mylissa Bentley, Burlington Elementary School principal, said. She said she enjoys when Craddock subs because she is a delight and maintains the same level of quality instruction given by the regular classroom teacher.

Which is not difficult to do when teaching is part of who you are, Craddock said. She said she may have left the profession full-time, but takes subbing seriously because she takes education seriously.

When she is not subbing, Craddock said she enjoys doing community theater, singing in church choir and hanging out with friends. But teaching is her passion, and she said she will continue subbing as long as she is able.

When it comes to recycling, Ohio University Southern students lead many of their peers. RecycleMania, a competition started in... read more