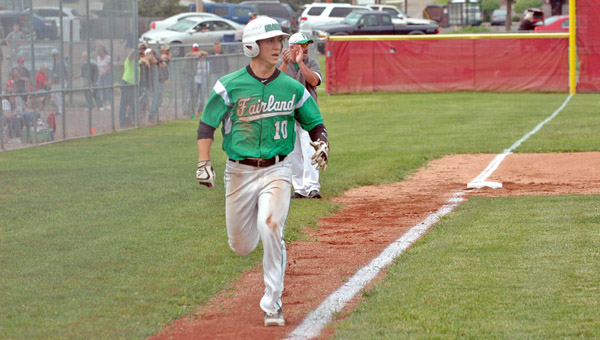 JACKSON — With the offense missing, so was the chance to advance.

Fairland managed just three hits in a 6-2 loss to the Jackson Ironmen on Thursday in the Division II sectional finals.

Jackson’s Aaron Abrams and Tyler Shortridge combined on the three-hitter. Fairland had a hit in the first inning but didn’t get another until the seventh.

Fairland wasted little time getting on the scoreboard by getting a run in the top of the first inning.

Jackson (17-8) came right back to tie the game in the bottom of the inning on a single by Shortridge and a double by Tyler Spriggs.

The game remained tied until the fourth when Dillon Wyant had a leadoff single, Brier Stanley bunted for a hit and Tyler Neal hit a two-out, three-run homer.

The Ironmen added a pair of insurance runs in the fifth inning.

The Dragons continued to battle as they scored a run in the seventh.

Kyle Raines took the loss. He struck out eight, walked three and hit a batter.

COLUMBUS (AP) — Coaches and administrators in Ohio have complained for years that non-public or parochial schools have an advantage... read more