Angela Colleen Chandler and Brent Michael Wirzfeld were married at 1 p.m. June 9, 2012. The ceremony was held at Holy Family 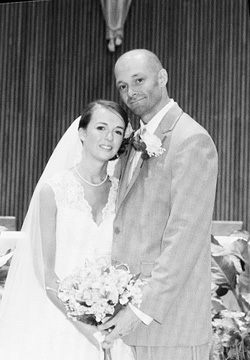 The ceremony was presided over by Father John Noe and Father David Huffman. The bride was escorted down the aisle by her brother, Aaron Chandler, and given away in marriage by her father.

The maid of honor was Ali Chandler, sister of the bride. Bridal attendants were Amber Jones, Laura Slater and Rian Unger, friends of the bride, and Annie Layne, cousin of the bride.

The best man was Brian Wirzfeld, brother of the groom. Groomsmen were Alan Lane, Eli Castle and Marcus Williams, friends of the groom, and Shaun Whitt, cousin of the groom.

A reception followed immediately after the ceremony at Elite Catering in Ashland, Ky.

Bid opening for bridge work set for next Friday

Advertising for bids by the Kentucky Transportation Cabinet to repair the damaged Ben Williamson Bridge started Friday, according to Allen... read more