Educators to start e-school to bring students back to districts 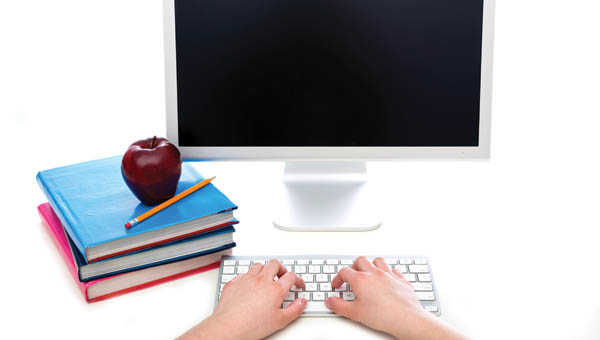 Headquartered at the Collins Career Center, the academy will offer the accredited curriculum a student would receive in the classroom, but allow the option of working at it from home.

The lure of the e-school where a teenager wrapped in a bathrobe or in torn jeans and a sweat shirt can take classes without leaving his or her bedroom is reaching southern Ohio and costing counties significant money.

Add to that reality the number of dropouts and students who are home-schooled and off the district’s rolls, and Lawrence County’s public schools have lost millions in state revenue.

Now the county’s seven districts and its educational service center are mounting an attack to get those students back into the local classroom. Only this time, it’s a classroom they might find more attractive than the one they opted out of.

“We have noticed a large number of students getting involved with online education courses provided outside this county,” Dr. James Payne, superintendent of the Lawrence Educational Service Center, said. “We have a lot of students leaving our public schools and involved with some kind of online program.”

When that happens the state reimbursement of $5,732 per student goes to those e-schools, not the local districts.

Seeking to reverse that is the Lawrence County Academy, a blended community school for grades seven through 12. Starting this fall, students can have the opportunity to exclusively study electronically and remain a part of their home district.

Headquartered at the Collins Career Center, the academy will offer the accredited curriculum a student would receive in the classroom, but allow the option of working at it from home. Plus there will be teachers available for the students to have one-on-one in-person tutoring when needed.

There will be a classroom with computers open Monday through Thursday at Collins during school hours. Academy students must go to the classroom lab at least one day a week where they will complete a specified number of assignments each week. The rest of the assignments will be done online.

Those going to Collins can use the school bus system that already daily goes to the vo-ed school. Students will receive a computer for use at home. Students can also shadow those in a number of professions offered at Collins including the Teachers Academy and Project Lead the Way engineering course.

In June 2012 the number of students participating in out-of-county e-schools cost all seven districts a total of $962,784 in state funds. That money went instead to those electronic schools for academic year 2011-2012. In January of 2013, that figure went up to $1,291,727 for the first part of the 2012-2013 school year. That translates to 225 students or approximately 2 percent of the countywide student body.

“This is a problem that is continuing to grow,” Payne said.

While starting some version of an e-school has been on the local radar for some time, Lawrence County superintendents this fall made a written commitment to join in the creation of the academy, also serving as the school’s governing board.

“This is blended, on-line with teachers they can refer to for help with any problem,” Payne said. “This is keeping dollars in Lawrence County and hiring Lawrence County people to do the work.”

Director of the academy is Bob Wilds, who brings more than 25 years of experience in the classroom and public school administration to the endeavor.

“They can come (to Collins) and get tutoring and get social interaction,” Wilds said. “We will monitor how long they are on the computer, how they are progressing with assignments. We want to offer something unique in Lawrence County, not offered at other e-schools or home-schooled.”

Those completing the program will receive the same high school diploma as their in-classroom counterparts.

CHILLICOTHE — Contractors for the Ohio Department of Transportation are preparing for a slip repair project on State Route 141... read more