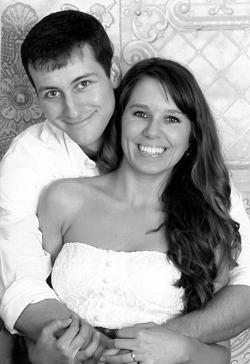 Jackie Heighton and the late Robert Heighton announce the engagement and forthcoming marriage of their daughter, Jacqueline Nicole Heighton, to Aaron Keith Stumbo, of Ironton.

Nicole is a 2004 graduate of Ironton High School. She obtained her associates degree in nursing from Marshall University in conjunction with St. Mary’s School of Nursing in 2009. In 2011, she graduated from Ohio University with a bachelor’s of science in nursing and is actively pursuing a master’s in nursing. She will graduate in 2014 as a family nurse practitioner. She is employed at King’s Daughters Medical Center in the Intensive Care Unit.

Aaron is the son of Lee Anne and Greg Mullens of Ironton, and Steve and Virginia Stumbo of South Point. He is a 2006 graduate of Rock Hill High School. He received a bachelor’s degree in health from Ohio University in 2011. He is a seven-year survivor of Hodgkin’s Lymphoma cancer. He is currently employed at Calgon Carbon Corporation as an activator operator.

The couple has been together nearly five years. Aaron asked her father’s permission to marry Nicole before his death in 2011.

The wedding will take place on Saturday, Aug. 17, 2013, at Sharon Baptist Church in Ironton. Reception to follow at the Knights of Columbus. Invitations have been sent.