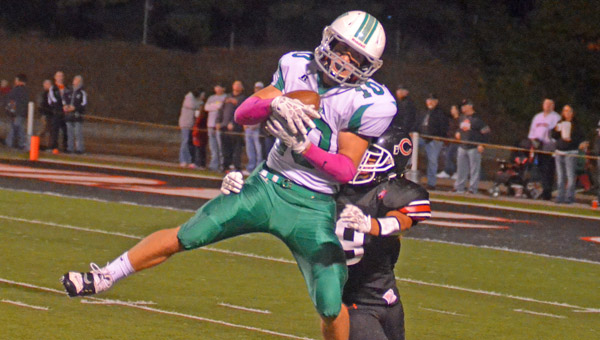 As Humphrey Bogart said to the piano player in the movie Casablanca, “Play it again, Sam.”

Although this line is actually a misquotation of what was really said in the movie, it amply applies to the Fairland Dragons and Wheelersburg Pirates who will play it again when they meet at 7 p.m. Saturday in the first round of the Ohio High School Athletic Association Region 17 Division V football playoffs.

Fairland played at Wheelersburg in the fourth week of the season. The two spread-style offensive teams treated fans to a high-scoring affair as the Pirates came away with a 49-32 win.

Hartley won the state title in 2010 and St. Clairsville was the runner-up last season. Hartley is considered the Region 17 favorite.

In the regional semifinals, the Zane Trace-Hartley winner will play the Liberty Union-St. Clairsville winner and the Fairland-Wheelersburg winner will face the Westfall-Martins Ferry winner.

All games will be on Saturday night.

Ironton had a chance to crash the party in Region 17 but lost a tough game at Raceland, Ky., on Friday, 17-0. A win would have put the Fighting Tigers in the playoffs despite a 4-6 record.

The Rams (8-2) came into the game as the district champs and averaging 41 points a game. They had scored no fewer than 32 points in a game this season.

However, Ironton had only two scoring threats and was unable to finish their drives.

Ready — whose only loss was 21-14 in overtime last Friday to Bishop Hartley — is considered the favorite in the region.

Panthers pull away from Redmen

Jim Walker jim.walker@irontontribune.com   CHESAPEAKE — The Chesapeake Panthers were determined to finish with a flourish. After battling through injuries... read more