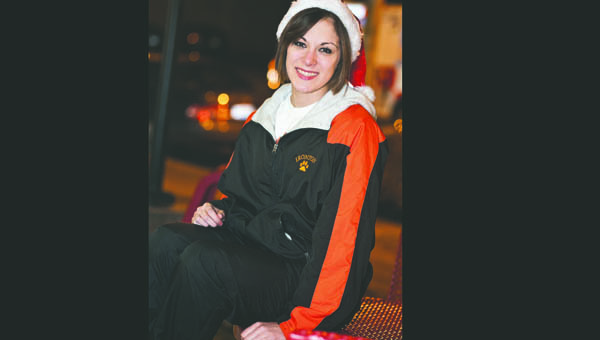 In many American households the Macy’s parade is a Thanksgiving tradition and the official kickoff to the holiday season. But very few people get to experience it first-hand.

Keirann Summers, a cheerleader at Ironton High School, now gets to consider herself among the few. Not only did Summers get to attend the annual parade held in New York City, she got to participate in it.

“My parade experience was awesome,” Summers said. “I didn’t think I could enjoy something so much. The memories will last me a lifetime.”

Summers attended a cheerleading camp earlier in the year where she tried out for a spot on the “All American Cheerleading” team. She earned that spot and the reward was a chance to be a part of the country’s second oldest Thanksgiving Day parade. The experience was a major change of pace for the Lawrence County native, but one that allowed her to make some new friends.

“It was a complete change. I loved every second of New York City,” she said. “I missed home so much though, but I was able to make so many new friends and I had the best roommates anyone could ask for.”

Before the parade began Summers admitted that she felt a bit nervous. The Macy’s parade, according to the Nielsen ratings, is viewed by an estimated 50 million people each year. But Summers said she was excited for the opportunity.

“It made me a little nervous,” Summers said. “Knowing that I’m a part of one of the longest and biggest Thanksgiving traditions in America amazes me. I’ve been watching it since I was a little girl so mostly was just excited.”

The parade lasted for three hours, spanned more than 40 city blocks and featured the famous Macy’s balloons. Summers says it’s a spectacle that everyone should try to witness at least once.

“If I could say anything to the people at home it would be to come see it live,” Summers said. “I know everyone can’t but it is just amazing and if you can you should see it up close one day.”

Furniture, electronics, clothes, appliances, jewelry and just about anything  one can think of can be found at World Thrift Store... read more