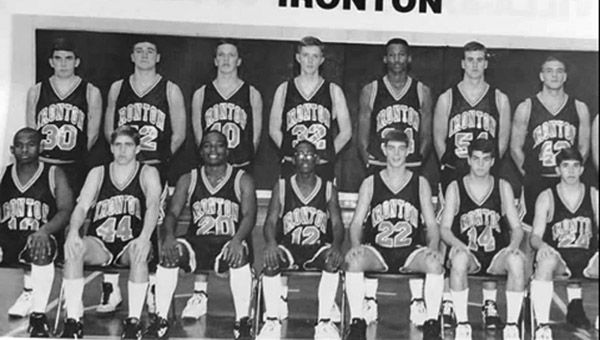 What started unceremoniously finished as the most historic moment in Ironton basketball history.

Ironton began the postseason with a losing record but finished in the state tournament. The 1993-94 team will be honored prior to Friday’s game when Ironton hosts Peebles in a 20th anniversary celebration.

The jayvee game will begin at 4 p.m. with the team honored at the conclusion of the game.

The Fighting Tigers started the 1993-94 postseason sectional tournament with an 8-9 record.

Make that a deceptive 8-9 record.

Coming off a football playoff run that ended with a heartbreaking 13-10 overtime loss to Wauseon in the state championship game, Ironton’s basketball program started more than a month behind schedule.

In fact, eight members of the basketball team played football. All were vital members on both teams.

What ensued was a run through opponents at the next three levels as Ironton polished off Steubenville in the Class AA regional championship game to earn the programs’ first-ever berth in the Final Foul state tournament.

Ironton lost in the state semifinals at St. John Arena 65-62 to a familiar opponent: Wauseon.

Ironton was led by head coach Phil Rice who had guided the Fighting Tigers to six regional appearances. His assistant coaches were Paul Fugitt and Chris Barnes.