A man on the run for allegedly raping a 7-year-old girl in Washington State was arrested this morning by the Ironton Police Department. 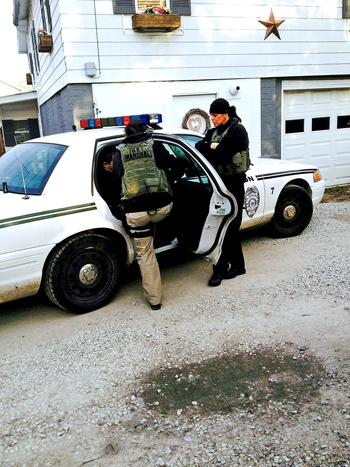 Nicholas Smith, 22, a fugitive from Washington State, was arrested this morning by the Ironton Police Department and U.S. Marshals, with help from the Lawrence County Sheriff’s Office.

Detective Joe Ross of the IPD said his department was contacted Wednesday night by U.S. Marshals from Columbus that Smith was in the area.

In addition to the rape charge, Smith was also wanted for failure to register as a sex offender in Mason and Kitsap counties in Washington.

The Lawrence County Sheriff’s Office also aided in the IPD and marshals with the arrest.