Cruisers getting prepped for getting out on the roadways 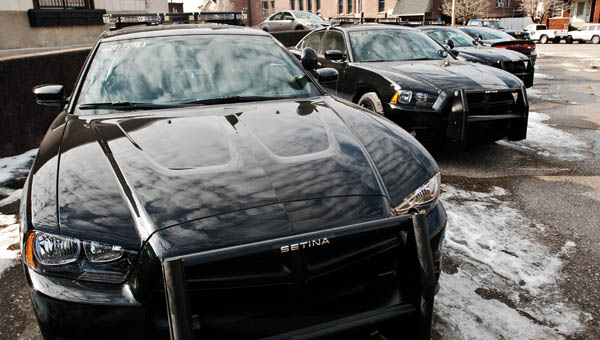 Five cruisers are seen in the parking lot area beside the Lawrence County Jail. The vehicles are in need of radios and striping.

The five new cruisers for the sheriff’s office now need radios and striping, then they are ready to hit the road.

Recently the Lawrence County Commissioners issued a bond for $146,000 that the County Treasurer bought giving terms of two percent interest for five years to pay for the cars.

However each car needs a narrow-banded radio that will cost a total of $8,095.

At its regular meeting the commissioners approved appropriating that amount to get the radios in the cars.

When all five cruisers are ready, two older models will be taken out of commission, Lawless said.

With the new cars, there will be 16 cruisers in the sheriff’s fleet for road deputies.

“We are very grateful for providing them for us,” Lawless told the commission. “This is the most new vehicles we have purchased for the sheriff’s office in my 20 some years.”

After 45 years of service Casey retired from Columbia Gas. For 45 years Casey Colvin has gone to work at... read more