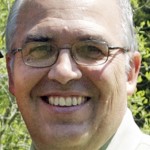 Every year the NCAA Tournament has its Cinderella. This year’s fairy tale is named Rudy Flyer.

Now Rudy Flyer isn’t as well known in the Midwest as his mascot counterparts Brutus Buckeye or Sparty, nor with his leather hat, goggles and scarf does he have the mascot intimidation of a fist-clenched leprechaun.

But that’s okay. His job is to lead cheers, not hit game-winning jump shots. He leaves that to guys like Vee Sanford, Jordan Sibert, Devin Oliver and Matt Kavanaugh.

Of the roster players, Sibert is the most well-known outside of the campus limits and that is merely because he is a transfer from Ohio State.

Dayton ruined about 81 percent of all the billion dollar brackets by upsetting Ohio State 60-59 on Thursday. They took care of almost all the others by stunning Syracuse 55-53 on Saturday to earn a trip to the Sweet 16.

My bracket was doing well. I had the Flyers in an upset over Ohio State. I have to admit they did some damage with their win over Syracuse, but I was more than happy to take the hit since it meant the Flyers would advance.

It marks the Flyers first trip to the Sweet 16 in 30 years and evened their al-time NCAA tournament record at 16-16. The beat Washington in the regional semifinals 64-58 but fell one step shy of the Final Four when they lost 61-49 to Georgetown.

Dayton hasn’t been to a Final Four since the Don May-led team finished runners-up in 1967 to UCLA and some guy named Lew Alcinder, a.k.a. Kareen Abdul Jabbar.

Dayton is the largest private school in Ohio with an enrollment of 11,063, relatively the same size as another Catholic university that resides in South Bend, IN., and nearly twice the size of nearby Catholic college Xavier University in Cincinnati.

Still, Dayton is dwarfed in size by Ohio State with an enrollment inching closer to 58,000. By beating the more famous Ohio State, the Flyers not only earned some respect for their program, but got a little boastful as a little brother will do when he upstages his spotlight stealing older sibling.

The Dayton Daily News joined the fun with a headline calling the school THE University of Dayton, a reference to how Buckeye players, students, coaches, fans, etc., smugly call their school THE Ohio State University.

It might not be good sportsmanship or politically correct, but I’ve seen worse among sports fans. Heck, I’m not politically correct most of the time and I got the memo. I just chose to ignore and it gets me in trouble, much the way Dayton fans have drawn the ire of Ohio State fans.

Hey, give them a break. Dayton is Cinderella and still looking for that glass slipper known as the national championship trophy.

Jim Walker is sports editor of The Ironton Tribune

GOODYEAR, Ariz. (AP) — Lyle Overbay got good news this morning and celebrated with his bat. Overbay, who was told... read more