Ironton artist, actor speaks about being woman of color 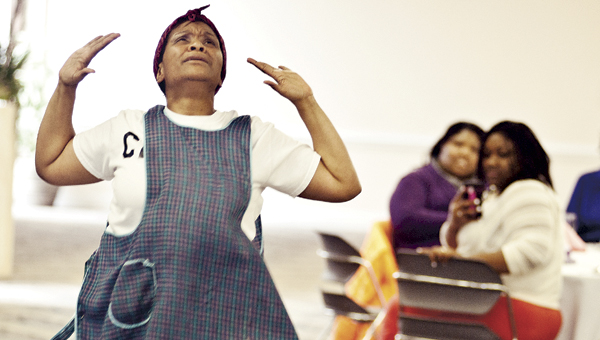 As a mixed race child growing up in a small town in Appalachia, Mitzi Sinnott had her identity handed to her by those who only saw her skin was too light or too dark.

“Growing up in the Ohio River Valley that identification as a woman of color didn’t exist,” Sinnott said. “Down here you could be black or white. Everybody wanted me to fit into some kind of label.”

Sinnott detailed her struggle to come to terms with her heritage as the keynote speaker at this year’s Women of Color program at Marshall University on Tuesday.

When Sinnott moved to New York City to work as an arts educator, she found a refuge.

“I was in heaven,” she said. “Nobody was worried what kind of color I am. I can just be me.”

As she explored the diversity of the New York culture, she found individuals committed to their community.

“Everybody had to sit at the table,” she said. “Everybody felt they had a voice. Headed by women of color, they showed me how involvement can have a profound effect.”

Sinnott, who recently returned to her hometown of Ironton, has spent the past decade touring internationally with her autobiographical one-woman show, “Snapshot.”

The show explores Sinnott’s search for her father, whose tour of duty in the Vietnam War, ended with his diagnosis of schizophrenia and his disappearance from her life for years.

The stage show was recently filmed and shown on West Virginia Public Broadcasting System with commitments for its airing on Kentucky and Philadelphia PBS stations later this year.

Before her speech Kristen Martin and Leah Branch, both of Ironton, presented a modern dance performance choreographed by Sinnott showing the evolution of the African American woman from toiling in the cotton fields to holding positions of power in this country.

“People of color have always made incredible contributions to the culture,” Sinnott said. “They are the keepers of the truth.”

On Tuesday members from Lorain County Community College and the Ohio Strategic Training Center had an informational session for potential... read more