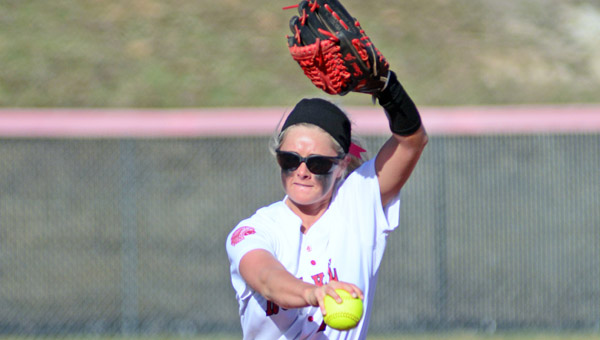 PEDRO — The Rock Hill Redwomen are off and running.

Rock Hill used some good base running to spark a 10-0 win over the Green Lady Bobcats Tuesday in five innings.

“We were aggressive on the base paths and forced them have to handle the ball and get rid of it quickly,” said Rock Hill coach Sammy Gue.

Sami Nixon got the win with a one-hitter. She struck out 12 and did not walk a batter.

Jenna Lane went 3-4 with a run batted in, Brooke Eastham was 2-2 with a double, Lindy Simpson 2-3 with a double and two RBIs, and McKenzie Harrah and Nixon were 1-2.

Micah Lewis had Green’s only hit.

Rock Hill snapped a scoreless tie with four runs in the third.

Nixon singled and Lane singled. Lane’s ball got through the outfield to the fence and both runners scored.

The final two runs scored in the fifth when Nixon walked, Lane singled, both came around to score on a pair of passed balls.