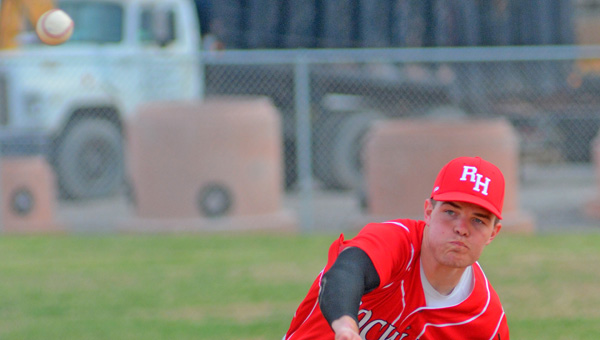 Rock Hill banged out 23 hits including four home runs as they beat the St. Joseph Flyers 24-1 Wednesday in their season opener.

Jack Goodwin was 3-for-3 with double and a home run while Aaron Dalton was 4-6 with a double to lead the offense. Jordan Hairston was 2-5 with a pair of home runs, Jonathan Joseph 2-5, Sean McFann, Austin Barcus and Brandon Schob were all 2-2, Levi Wilds 3-4 and Chance Blankenship also homered.

Hairston got the win as he pitched a four-hitter. He struck out five and walked only one.

“We hit the ball really well. We got off to a good start and kept it going,” said Rock Hill coach Barry Litteral.

“Jordan threw the ball really well and we played good defense behind him.

Goodwin two-run homer in the first inning and Hairston had a solo shot and it was 5-0.

Chance Blankenship had a three-run homer and Jonathan Joseph belted a two-run homer to highlight a six-run third and the lead was 13-0.

Green plays River Valley at 5 p.m. and Rock Hill faces New Boston at 7 p.m. The consolation and championship games are set for noon and 2 p.m. Saturday.

CINCINNATI (AP) — Chris Heisey did a lot of standing around before he got his chance to snap Cincinnati’s historic... read more