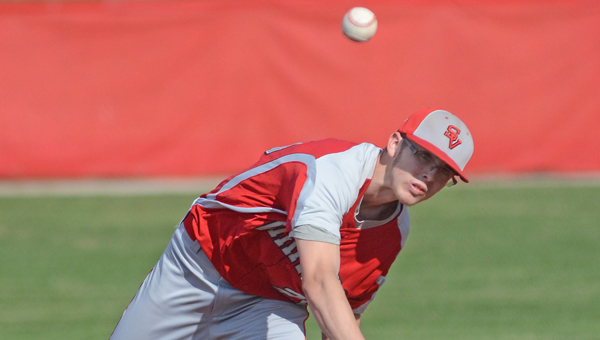 AID — The No. 3 hitter kept the Symmes Valley Vikings No. 1.

Tanner Mays went 2-3 with a home run and drove in all four runs as the Vikings remained unbeaten in the Southern Ohio Conference with a 4-2 win over the Green Bobcats on Thursday.

“Tanner hit the ball well tonight. That’s what you like out of the number three hole,” said Vikings’ coach Chad Renfroe.

“McFann threw a heck of a game. He had command of the strike zone. We played good defense behind him. We didn’t hit well, but we made up for it with the effort on the mound,” said Renfroe.

Caleb Johnson threw well as he took the loss. He struck out seven, did not walk a batter, gave up seven hits and hit two batters.

Seth Jarrell was hit by a pitch, stole second and McFann singled and stole second. Mays then singled home both runners.

Green got a run back in the second on singles by Johnson, Matt Howard and Mark Allen.

The Bobcats tied the game in the top of the fifth when John Hallum reached on a fielder’s choice and scored on a hit by Howard.

But the Vikings scored two runs in the bottom of the inning to regain the lead when McFann reached on an error and Mays clubbed a two-run homer.

Haas clings to first round lead at The Masters

AUGUSTA, Ga. (AP) — No nerves. No worries. Adam Scott never knew the opening round at Augusta National could be... read more