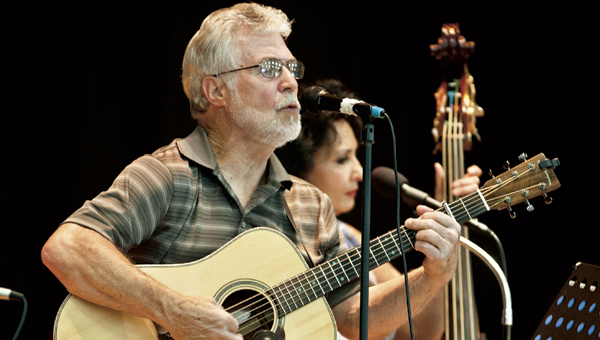 COAL GROVE — The Dawson-Bryant marching band is a step closer to spending some time in Florida this fall.

To aid in the effort for third-year band members to perform at Disney World in November, the band boosters and band director Tom Zerkle had the inaugural Beans and Bluegrass dinner at Dawson-Bryant High School on Saturday.

“Honestly, it didn’t go quite as well as we had hoped,” Zerkle said. “I am waiting on a report to see how much money we raised. People came and ate and the kids had a good time.”

Local bluegrass bands played throughout the fundraiser and the Wizards of Dance Cloggers also performed.

Every three years the marching band students are eligible to take the Disney trip. Zerkle offers the students this opportunity as a reward for their hard work throughout the years. While at Disney next November, the students will participate in an instrumental music clinic that covers one Disney medley piece, played back with Disney animation clips, much like a movie trailer. A Disney character makes an appearance at the end of the workshop to thank the students for their work and give participating groups a workshop DVD of their work.

As for more Disney-related fundraisers, Zerkle said there is nothing currently in the works.

“We have nothing planned right now,” Zerkle said. “It’s the end of the school year and things are winding down. We will get it going again in the fall when we start back up with the marching band.”

All proceeds from Saturday’s event benefit the band’s trip to Disney World.

Ro-Na marquee will soon be lit

Friends of Ironton President Rick Jansen said he has been notified the Ro-Na marquee will be put back up starting... read more