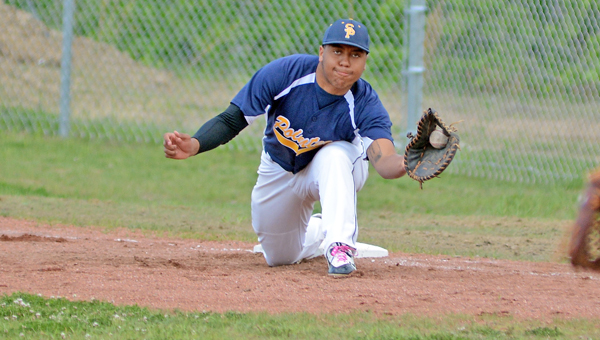 CHILLICOTHE — Too many mistakes were too much to overcome.

South Point was guilty of five costly errors as the Pointers lost 7-1 to the Adena Warriors Thursday in the Division III district semifinals.

South Point threatened in the bottom of the first inning when Trey Kearns reached on an error, went to second base on a ground out but was thrown out trying to steal third.

Ethan Sheppard singled but Jonathan Thomas hit into a fielder’s choice. Braden Wilburn reached on an error, Nick Chester was hit by a pitch and Andrew Woods’ ground ball was misplayed for an error as two runs scored.

Eli Kunkel singled and scored on a hit by Cade Harper in the third inning to make it 3-0.

The Pointers cut the deficit to 3-1 in the third inning when Kearns reached and scored on a hit by Alex Whitt.

The score went unchanged until the Warriors got four runs in the sixth.

Collin Cory, Kunkel and Sheppard all had RBI singles and Harper added a sacrifice fly.

Sheppard worked five innings to get the win. Gunnar Free closed out the game to get the save.

Brandon Boggs and Christian Pritchard had two hits each to lead the Pointers.

Shad Daily and Sheppard had three hits apiece for Adena.

The Warriors will face Crooksville at 5 p.m. Friday in the district final.

CINCINNATI — The Cincinnati Reds begin a homestand filled with plenty of extra activities to go with the weekend series... read more