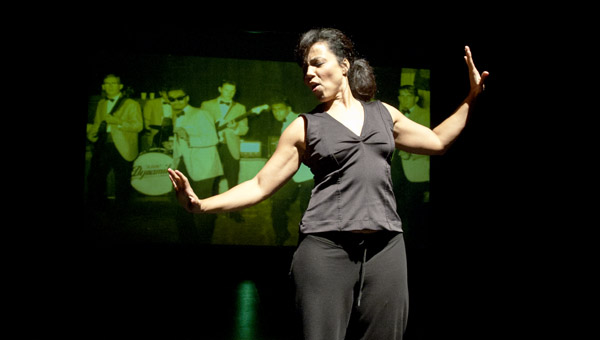 This Memorial Day Sinnott learned her one-woman play, a tribute to Batts, would be broadcast on five PBS stations across the country, the beginning of her quest to share her story via television and film.

“Snapshot,” aired on Philadelphia’s PBS station on Memorial Day, and will be broadcast in Tampa, Fla. and Washington, D.C., markets, on June 10, WOUB Athens on July 4 and 5 and Cleveland/Akron on June 16 and 23.

Batts, a well-known Huntington musician, had suffered for years from schizophrenia, a mental disease his daughter believes was the result of his having to fight in the Vietnam War.

That illness caused years of estrangement between the two until Sinnott began her search to find her father. That is the basis of Sinnott’s show that she has already taken on stage tours internationally. This past June Sinnott filmed her show when she performed it at the Joan C. Edwards Playhouse on the campus of Marshall University. It is that film she is marketing.

“There are so many aspects to what it takes for an independent artist to get in a national and international forum,” she said. “You have to be tenacious and have emotional support and a lot of energy to stay on that road. Access to the world is not easy.”

One route is by hiring a tracking service.

“But that costs big money,” Sinnott said. “Or you can go old school and hustle and make those calls to 160 stations in America.”

That has been part of Sinnott’s strategy that is already paying off.

As the country reacts to the growing scandals at the Veterans Administration over long waits for soldiers seeking help and falsified records, Sinnott sees her father as a victim of that bureaucracy.

“My father fell through the cracks,” she said. “Something needs to happen systemically about how the VA treats patients, especially for those soldiers with mental illness.”

Sinnott traveled to Hawaii five times after she found her father was living in VA housing in Honolulu. Three weeks after their last visit, she got a call that he had died.

“My whole goal has always been that this story, our story, could inspire others to heal their own hearts and find peace,” she said. “All these things are part of my changing life to be more of an educator, more of the woman I wanted to be, an artist, an activist and a leader to make a positive change.”