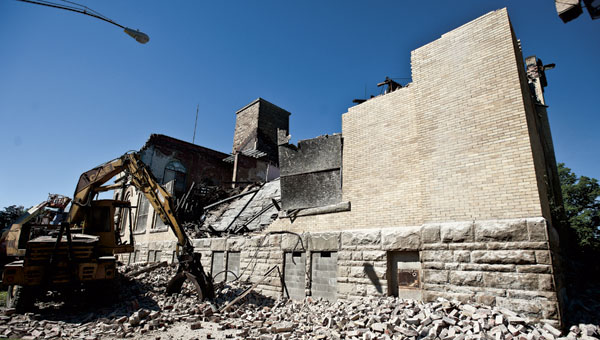 THE TRIBUNE/JESSICA ST JAMES
Bricks are scattered around Memorial Hall as crews have begun the demolition of the old building.

Demolition of the 120-year-old Memorial Hall continues as employees from Southern Ohio Salvage have begun removing exterior bricks and debris from the building’s interior.

The $128,000 project is expected to last five weeks. Upon completion the building — a former monument to the Grand Army of the Republic and city government building will ultimately become a veterans memorial park.

The board of education for South Point Schools held a meeting on Monday to discuss plans for a renovation to... read more