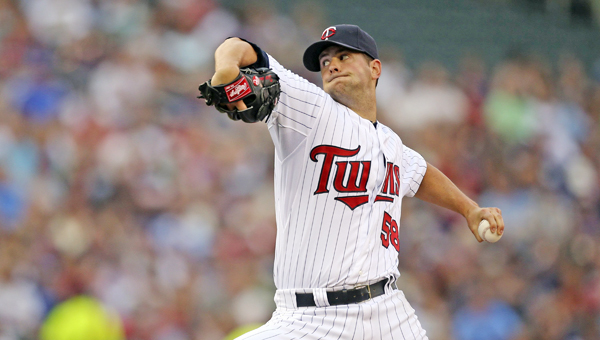 CINCINNATI — Maybe a new organization will mean a new lease on his career.

Released by the Minnesota Twins following off-season surgery to remove bone spurs from his elbow, Scott Diamond was a pitcher without a team.

According to reports, the Cincinnati Reds have provided Diamond with that home by signing the left-hander to a minor league contract.

In his first complete season in 2012, Diamond pitched in 173 innings and compilted a 12-9 record with a 3.54 earned run average. However, he led the league in walks per nine innings.

Projected as the Twins’ opening day starter last year, Diamond instead went on the disabled list due to his surgery.

Following his recovery, Diamond struggled and posted a 6-13 record with a 5.43 ERA and was demoted to Triple-A.

At the minor league level, things only got worse for the 27-year-old Diamond who had a 6.52 ERA in 80 innings and opposing batters racked up a .328 batting average.

The Twins decided to cut ties and released Diamond.

With left-hander Sean Marshall undergoing season-ending surgery and his future in doubt, the Reds signed Diamond as a no-risk pickup they hope will return to his old form and become a much-needed left-handed reliever.