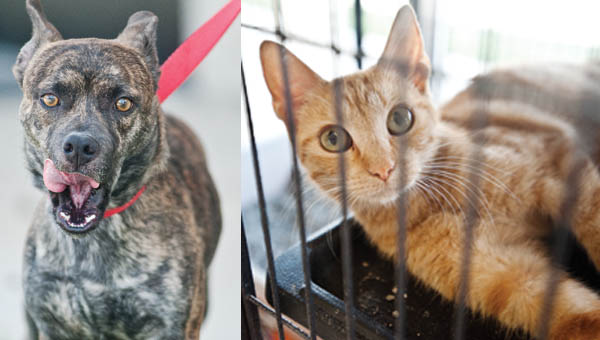 These and many other animals will be available at the Lawrence County Dog Shelter for an adoption event starting at noon Saturday.

They can be cuddly, fiercely loyal and a person’s best friend. They’re dogs and cats and on Saturday from noon to 5 p.m., they will be available for adoption at the county’s animal shelter at 1302 Adams Lane.

Finding homes for those who come into the shelter is the goal of Friends of Lawrence County Rescue, a volunteer group headquartered at the shelter that works locally and with out-of-the-county groups.

In May the Friends received its 501c3 classification from the IRS to allow donors to take their contributions off their income tax returns.

Besides feed, the next biggest expense for the shelter comes from vet bills that can average $100 per animal. One of the biggest problems is mange, whose treatment can range from $100 to $150 per animal.

When animals are facing larger expenses, the Friends reach out to other rescue groups to help with funds.

On average the shelter takes in between 30 to 100 dogs daily. This past week there were 72 dogs in custody. Of those, seven had to be put to sleep, three were adopted or went to rescue and one was redeemed by its owner.

Donations can be made to Friends of Lawrence County Rescue at 1302 Adams Lane, Ironton, OH 45638 or through PayPay at FOLCRescue@gmail.com.

Child abuse trial gets under way

What is over the line when it comes to the corporal punishment of a child? That will be up to... read more