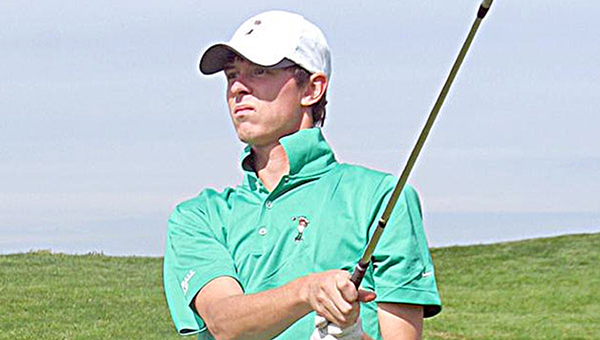 CALABASH, N.C. — Nathan Kerns must have read the poem “IF” by Rudyard Kipling.

The poem begins with “If you can keep your head when all about you are losing theirs and blaming it on you. If you can trust yourself when all men doubt you but make allowance for their doubting, too…”

Kerns didn’t start this week’s Farmstead Golf Tournament well and he was paired with eventual winner Paul Brown who was playing sizzling golf.

Despite all those negative elements, Kerns held his game together and still made the cut as he finished fifth in the tournament just two weeks following his first-ever professional win at Meadowlands.

“I didn’t get off to a good start, so making the cut was pretty good. They only took five people,” said Kerns.

“I had the bad start, but I found a way to grind it out and get through the day and build on it the second day.”

Even though Kerns was watching Brown fire his 10-under 62 the first day, he admitted admiration.

“I played with him the first two days and he was fun to watch,” Kerns said.

Kerns shot a 213 overall with rounds of 70, 69 and 74 to finish three strokes under par on the Par 72 course at Farmstead Golf Club Tuesday, Wednesday and Thursday.

Tyler Light was at 204 followed by Joseph Poplin at 207 and Patrick Lundy with a 212, one shot ahead of Kerns.

An eagle on the final hole of the back nine highlighted Kerns’ first round that included five birdies and eight pars. However, he had three bogeys and a double bogey.

He followed that with four birdies and 13 pars in the second round and just one bogey.

In the final round, Kerns had three birdies, 10 pars and five bogeys.

“I didn’t hit that well, but I put myself on the green and didn’t have any stressful putts,” said Kerns.

“I made the cut, but I didn’t really have a chance to win. But if you make the cut you make a little money. I was a little disappointed with (Thursday). I’d like to have had my B-minus game. Overall I didn’t hit the irons that well. I drove it pretty decent and the short game was there, but the irons let me down this week.”

Kerns’ next tournament will be on Aug. 11 in Knoxville at the Webcom Tour qualifier.