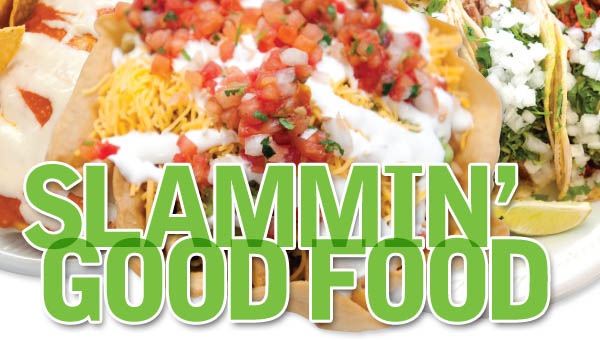 In the two years since Suplex Tacos opened, the small restaurant has amassed a dedicated and loyal following of diners who are eager to spread the word about the unique fare that packs a serious flavor punch.

It is one of Ashland, Ky.’s, best kept secrets.

But the secret is getting harder and harder to keep.

In the two years since Suplex Tacos opened, the small restaurant has amassed a dedicated and loyal following of diners who are eager to spread the word about the unique fare that packs a serious flavor punch.

Connected to the Shell gas station on 13th Street near the Ashland YMCA, Suplex Tacos is tag-teamed by brothers Ron and Sergio Garcia.

But don’t let the location fool you. From the outside, it may be unassuming at first glance, but it’s what’s on the inside that really counts.

From So-Cal to Tri-State

The Garcia brothers moved to Ashland from San Diego, Calif., about three years ago to be near family. Craving the taste of home, the brothers decided to open up a restaurant they knew would be unique to the Tri-State.

“This style of restaurant has been down there (San Diego) as long as we can remember,” Ron said. “We just call them taco shops. We saw that most of the restaurants here, we liked the food, but we also missed our style of food. We figured we’d give it a shot and that’s how we ended up in a little side restaurant beside a gas station.”

Both being lifelong fans of Mexico’s Lucha Libre wrestling, the Garcias centered the theme of their new restaurant on something no other eatery in the area had done. 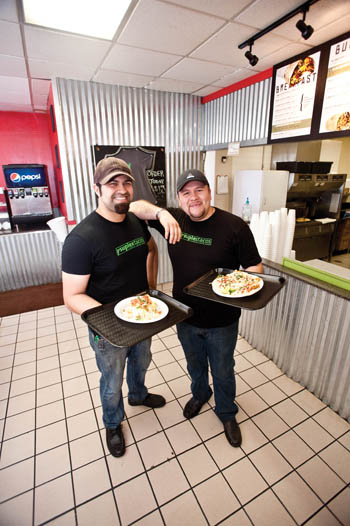 Connected to the Shell gas station on 13th Street near the Ashland YMCA, Suplex Tacos is tag-teamed by brothers Ron and Sergio Garcia.

The colorful masks associated with the sport also hang on the walls.

“There is wrestling all over the world but the masks and all the theatrics and acrobatics are pretty unique to Mexico,” Ron said.

And, of course, the name Suplex Tacos is a nod to the sport also, referring to an offensive move in wrestling.

The décor isn’t the only unique thing about Suplex Tacos.

The food may be familiar in concept and name, but the west coast flavor isn’t like any other Mexican restaurant you’ll find nearby.

“When you’re in a city like San Diego, so close to the border of Mexico, it has to taste like the real thing to be able to call yourself Mexican food,” Ron said.

The brothers pride themselves on a simple and fresh product. Everything is made in-house daily, right down to the guacamole.

Just peek over the counter into the open kitchen and see for yourself.

“When people come in, taking into account we have the open kitchen, we are making the guacamole there and they see the avocadoes, and people say, ‘Oh, you make your own guacamole?’” Sergio said.

If desired, that fresh guac will pair well with any of the California grill menu items.

A fan favorite is the 6-1-9 burrito, a tribute to San Diego’s area code.

The burrito is stuffed with steak or chicken, cheese, salsa fresca and fries.

“It’s something people have gotten attracted to because it’s a little bit crazy, where the fries are inside the burrito,” Sergio said. “Some people get freaked out about the idea, but when they try it and they like it, they come back and ask for the same thing.”

Other popular items are the Contender chimichanga and the trio of Suplex tacos.

But you don’t have to wait until lunchtime to chow down.

Suplex offers breakfast burritos and quesadillas with egg, fries, salsa fresca and your choice of ham, bacon, sausage or chorizo.

Ron said the food is intended to be travel friendly, much like the food from their hometown taco shops. The restaurant also has a drive-thru for added convenience.

“It’s the convenience of handheld food with everything you want in it,” Ron said.

But it is not to be confused with chains like Moe’s and Chipotle, he said.

“It’s not like you get a salad inside a burrito,” Ron said. “I would say it’s more like getting a taco, super-sized. It’s a few items but items that work together. We try and keep it simple.”

Ron and Sergio run the restaurant seven days a week with only a staff of two others and are always ready to greet a new customer and walk them through the menu if needed. That’s one of the advantages of being a small family-owned business, they said, giving personal attention to the customers.

While the business continues to grow, the brother said they hope to expand if the right location comes along.

The two also considered expanding the menu, but halted that idea based on the number of new faces they see day-to-day.

“We stopped because we figured, why would we make it new when we are still getting new customers?” Ron said. “We feel encouraged by that.”