Update: Search on for area woman 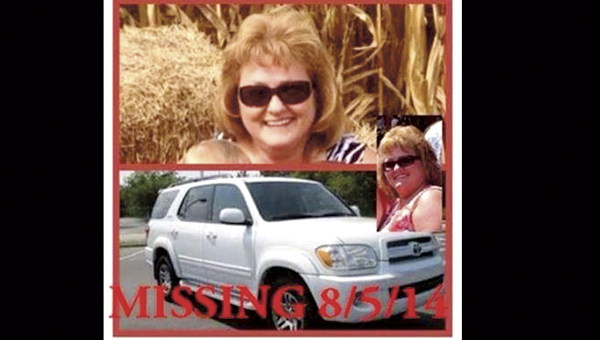 ROME TOWNSHIP — Law enforcement remain on the lookout for a Rome Township woman, who was reported missing Tuesday afternoon.

Kimberly Little left the family business, Curry and Johnson Heating and Cooling, at approximately 9:30 a.m. with the intent of going to the post office in Guyandotte, W.Va., and then City National Bank in Proctorville.

Little and her husband, Mark Little, are owners of the heating company.

Investigators with the Lawrence County Sheriff’s Office report that the woman did not arrive at the bank or were any deposits made to her accounts.

“I don’t know of any reason for us to suspect foul play,” Sheriff Jeff Lawless said. “But all options are on the table. She did have money on her. (Robbery) is just something we look at. We don’t believe she was robbed, but all options are still on the table. There was no reason to go missing. It was out of character for her to take off on her own.”

The last time Little used her phone was 9:28 a.m. Tuesday.

Lawless has also reached out to the West Virginia authorities.

“They have a license plate reader and camera on the bridges and parts of the interstate,” the sheriff said. “They have entered her license plate number and asked for any hits on the last 24 hours. If we can catch her vehicle, in addition to pinging her cell phone.”

“They are certainly scared and worried,” he said. “When a loved one has up and sort of vanished. It is a closed-knit family.”

Little is 55 years old, 5-foot-seven with short brown hair and blue eyes. Anyone with any information is urged to contact the sheriff’s office at 532-3525.