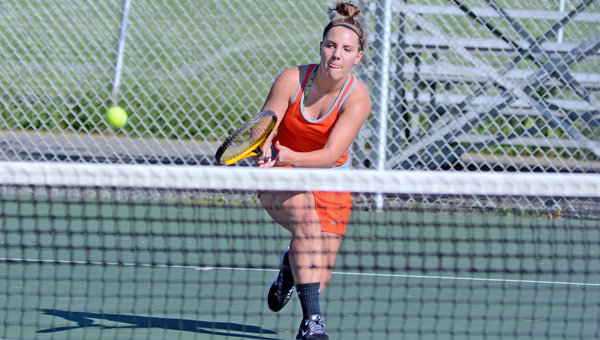 In a match that went down to the final set, the Ironton Lady Fighting Tigers dropped a heartbreaking 3-2 tennis game to the Jackson Ironladies Thursday.

A singles win by Aleigha Justice and a doubles win by the team of Kylie Barcus and Holly Bruce left Ironton and Jackson tied at 2-2.

In the decisive match, Ironton’s No. 1 doubles team of Brianna Klaiber and Kara Spencer were leading 5-4 in the third set after splitting the first two sets.

But the Jackson team battled back to win the match and the game.