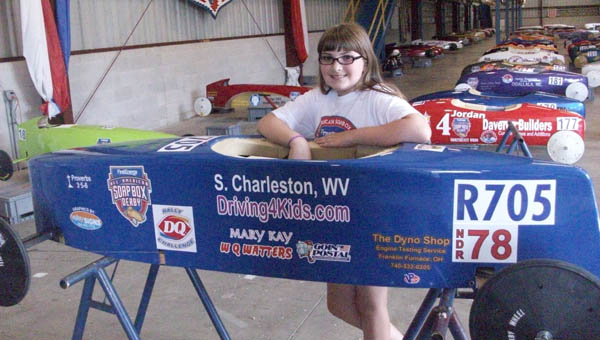 Earlier this month a young student with ties to Ironton claimed fifth place at the National Derby Rallies national championships.

Dakota Thomas, who is the granddaughter of Ronald and Viol Thomas, of Ironton, competed in states all across the Midwest and Southeast as a stock rally racer winning 16 races in total. Thomas hopes her fifth place finish in the national championships propels her into an even better 2015 race season.

“I had a great year,” Thomas said. “I really improved and I’m looking forward to a better 2015 race year.”

Thomas also said she looks forward to helping her younger brother begin his driving career as he enters his first season as a driver.

“I should be able to help my little brother, Noah, with his derby car as he begins his driving career,” she said.

Three corrections officers at the Lawrence County Jail have been arrested following an investigation into alleged inappropriate treatment of an... read more