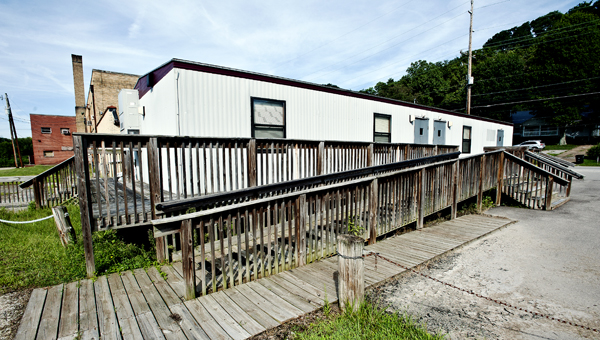 THE TRIBUNE/JESSICA ST JAMES
The modular located outside the Chesapeake Community Center in Chesapeake.

CHESAPEAKE — In about a month senior citizens in the eastern end of the county will have a new center at which to gather for meals and activities.

“We have everything together for it,” Ralph Kline, assistant executive director of the CAO, said.

The units were set up next to the center originally by the Chesapeake school district for its Head Start program. Last year that was moved to the elementary school.”

Earlier this summer the CAO approached the school board about the possibility of using the unit and the board was receptive.

Now meals are expected to be offered starting by the middle of September.

“We will have activities, if they come in early,” Kline said.

Seniors had used the center at Sybene until the CAO closed it following a reduction in federal and state funding. Meals were prepared at the center, which was also used by senior citizens as a place to meet to work on craft projects, take classes and socialize. It was also used by community groups needing a large meeting room.

When it was closed, seniors had the option of using the CAO center in Ironton, where meals are still served, but nothing closer.

When a senior citizen service levy — much sought after by the CAO — failed to pass, in November of 2011, it dramatically cut senior programming in the county, including shutting down the Sybene center the following summer. The one-mill levy, which fell short by only 95 votes, would have brought in $800,000 a year for five years to keep current programs at full capacity, plus expansion of other services.

Darlene Green, who retired from running senior centers in the county, has agreed to manage the Chesapeake site, which is expected to be open three days a week for activities and meals.

The CAO bus will provide transportation to and from the center.

“Once we get a schedule, we will get it in the paper,” Kline said.

Local author Marilyn Schraff has built quite the name for herself with books about the Appalachian region, specifically southeastern Ohio.... read more