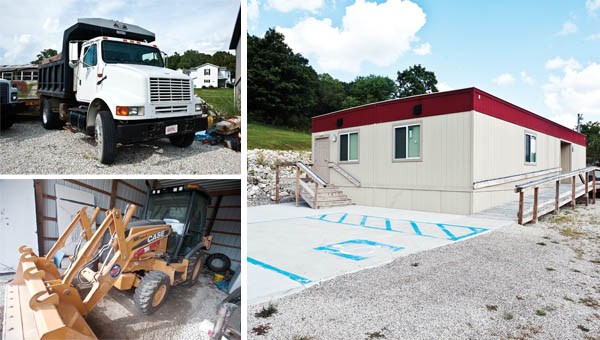 WATERLOO — A pair of federal grants awarded to the Symmes Township Trustees was used to purchase equipment and build a new building.

“On behalf of the trustees I would like to thank the (Lawrence County Commissioners) for their help getting this grant,” Mays said. “They helped us with all the paperwork and signed off on what we needed to get the grants.”

The Ironton-Lawrence County Community Action Organization administered the $115,000 CDBG funds, of which $111,000 was used to build a new community building.

“It is used as a voting place and a place for community meetings,” Mays said. “We have our trustees meeting there and senior citizens use it for Christmas dinners. It could be used for more in the future with approval from trustees.”

A Portsmouth man arrested in May for selling prescription pills in Lawrence County will spend the next decade in prison.... read more