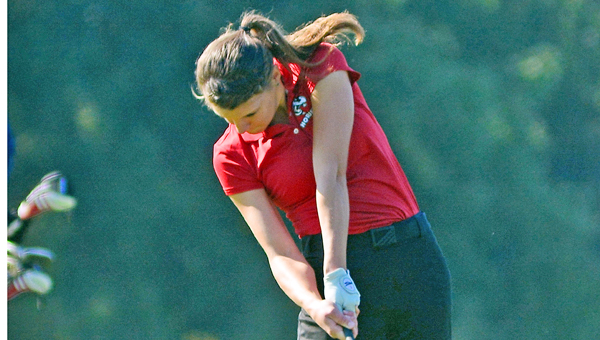 For the second straight year, the Coal Grove Lady Hornets’ senior golfer will advance to the district tournament after qualifying as an individual in the girls Division II sectional golf tournament on Monday at the Upper Landsdown Golf Club.

The top four teams and individuals not on a qualifying team in the sectional tournament advance to next week’s district tournament.

Logan Elm shot a 418 to win the team championship. Westfall was second at 424, Crooksville third at 434 and Waterford had a 435 to place fourth.

South Point senior Barbara Collins shot 56-55=111 and was tied for 39th overall among the 93 golfers who participated.

Jim Walker jim.walker@irontontribune.com   FRIENDSHIP — The Chesapeake Panthers must not be getting tired of winning the Ohio Valley Conference... read more