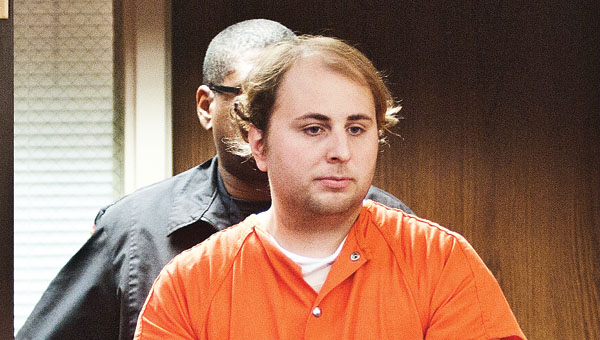 The alleged shooting threat made to the Ironton City School District was “totally out of character” for the Florida man accused of the crime, according to the man’s attorney.

Lawrence County Prosecuting Attorney Brigham Anderson recommended bond be set at $250,000 cash or surety, based on the seriousness of the charges.

Burke said his client had no prior record and the alleged incident was “totally out of character for Mr. Parramore.” He assured the court Parramore’s family would make every effort to ensure his appearance in court if an own-recognizance bond was set.

Judge Charles Cooper agreed with Anderson’s recommendation and set bond at $250,000. A pretrial was set for Oct. 29.

Parramore allegedly communicated a shooting threat against Ironton Elementary School on Sept. 12 via an anonymous Internet forum, which caused administrators to close the building for the day. The threat also resulted in school lock-downs across the county.

Agents from the Federal Bureau of Investigation and officers from the University of South Florida police on Saturday arrested Parramore without incident on warrants on the university grounds located in Tampa, Florida, where Parramore was employed as a maintenance worker.

Parramore was extradited to Lawrence County on Monday.