Man in critical condition after stabbing 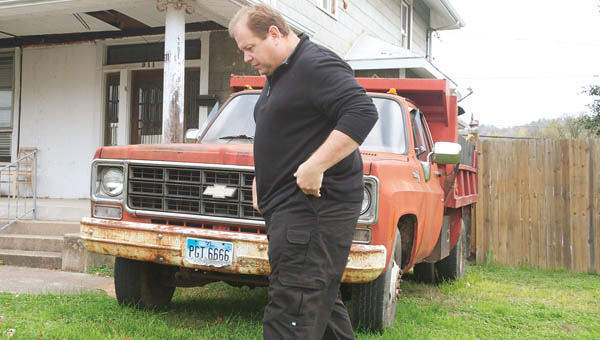 THE TRIBUNE/JESSICA ST JAMES
Detective Joe Ross with the Ironton Police Department searches yards and the street, around the 900 block of North Fifth Street, this morning for a knife used in a stabbing earlier in the morning.

One man is in critical condition this morning and Ironton police are searching for the man accused of stabbing him earlier.

Detective Joe Ross said the stabbing happened at about 1:20 a.m. in the 900 block of North Fifth Street.

“It appears that two males subject got into an argument inside of a vehicle,” Ross said. “A fight took place. We believe one male party was stabbed inside the vehicle.”

The fight then spilled out onto the street, Ross said, where people believe he was stabbed again. The suspect then allegedly fled on foot.

“He (the victim) was stabbed, we think, about three times in the upper torso area,” Ross said.

The victim was life-flighted to the St. Mary’s Medical Center trauma center in Huntington.

Police are not yet releasing the names or ages of either the victim or the suspect.

Ross said there were other people in the vehicle who have been questioned.

5-year sentence imposed for pill trafficking A Scioto County woman was sentenced Wednesday to five years in prison for her... read more